Located on the waterfront of West Sacramento is quite possibly one of the coolest and most unique buildings I have ever seen. Simply called The Barn, this structure is more than just a building, it’s a “sculptural object” seen as a catalyst to change the once lifeless waterfront into a thriving multicultural housing, retail and entertainment district.

Inspiration for The Barn

The Barn was designed by the internationally renowned firm of !Melk in conjunction with Fulcrum Property who owns the building. According to !Melk’s website, the concept of this structure’s unique design was inspired by a sprouting vegetable seed.

The company’s website would go on to further describe The Barn as follows:

“Structurally, the building is designed to seemingly defy gravity. As a double cantilever, the superstructure springs upward from two independent foundations, meeting at a dramatic apex that forms a sinuous canopy. The beams and trusses are constructed from glued laminated wood. Intermittent steel reinforcements join the various trusses into beautifully expressed trestles visible from within the two enclosed “pods” and from the exposed underside of the canopy. The shell of the structure is achieved by using nominal wood members, laid side-by-side in a singular direction, to create straight line generated curves upon which the shingle roofing can be applied.” 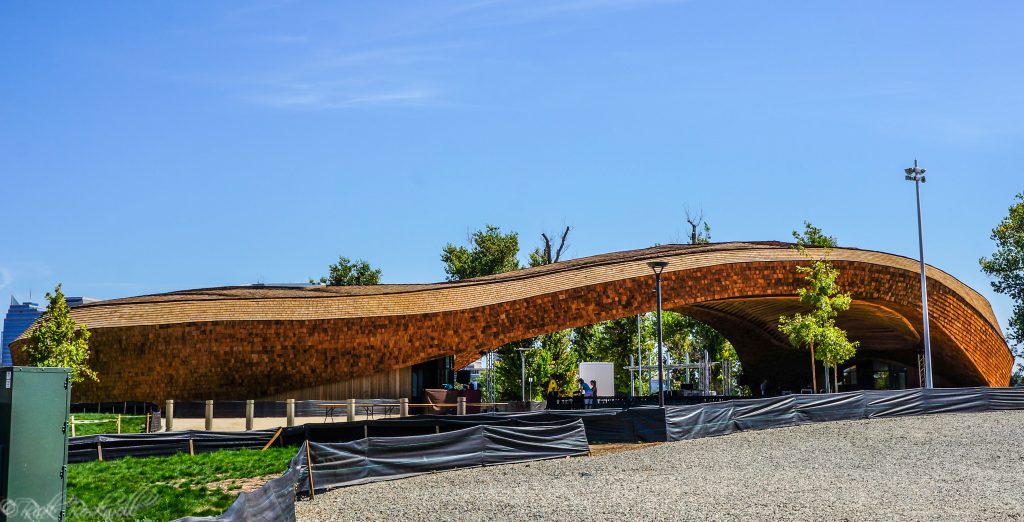 The Barn was originally scheduled to be open in the fall of 2014. Unfortunately, due to delays, The Barn’s ribbon-cutting ceremony didn’t take place until Friday, July 22, 2016. In total, this project ended up costing $6 million with $2 million coming from the city of West Sacramento.

Since it’s unveiling, the reception and feedback for The Barn has been nothing but awe and praise. As of now, the building doesn’t have any tenants. However, in the spring of 2017, DRAKE’s Brewing will be the permanent tenant for inside The Barn as they operate a pub out of both “pods”.

Currently, the 80-foot long by 20-foot high canopy serves as the perfect location for a weekly entertainment and food truck event called “Friday Nights at the Barn.” This event is for all ages as it offers some great music and delicious food. 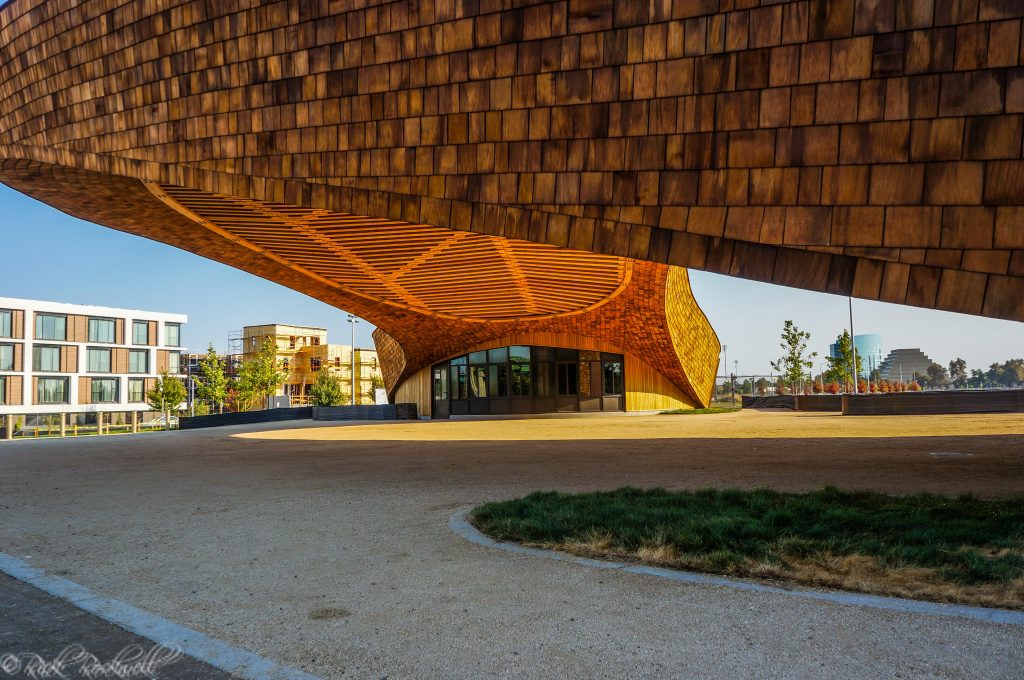 West Sacramento is aggressively breathing life into the waterfront area known as The Bridge District. The Barn is seen as the centerpiece to this district with the city planning to house roughly 10,000 people, create new retail shops and office spaces in addition to a thriving entertainment and multicultural area. Let’s also not forget, roughly two blocks away is Raley Field. By time it’s all said and done, The Bridge District will quite possibly be the most dynamic district in the greater Sacramento region.

The changes don’t stop there. Across the river, the city of Sacramento is also renovating lifeless structures, bringing in new businesses, delivering new entertainment opportunities, and “refreshing” a nearby park and marina according to SacBee.com. 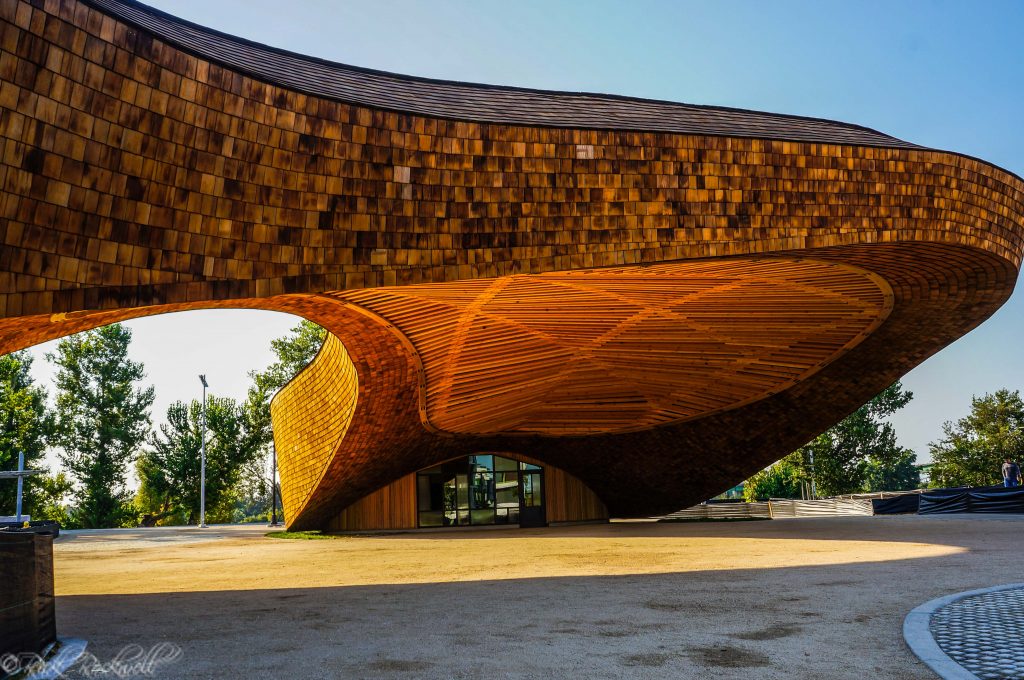 The Barn, which has prompted comparisons to something from the world of Dr. Seuss, is seen as a “bridge” between the riverfront and the burgeoning urban landscape. I see this structure as an urban masterpiece that seems to defy all laws of architecture and gravity. There’s no other building in all of California like this one. Seeing The Barn in person is a unique experience and one that I highly recommend the next time you are in the area. In short, The Barn is an instant iconic structure!