Located in McArthur-Burney Falls Memorial State Park, this amazing 129 foot waterfall is one of the most exciting places to visit in all of California. As the centerpiece of 910 scenic acres, Burney Falls has a constant flow rate throughout the entire year, making it an enjoyable experience no matter the season.

In 1984, Burney Falls was declared a National Natural Landmark. However, the greatest honor bestowed upon this beautiful waterfall was President Teddy Roosevelt’s declaration of Burney Falls when he boldly stated that it was “the 8th wonder of the world.”

Burney Falls flows from Burney Creek and the park’s underground springs. This is why there’s a constant water flow unlike most waterfalls that come to a trickle during the summer months. 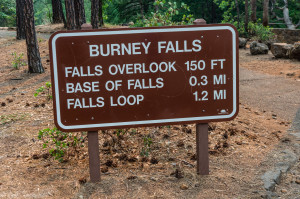 Falls Trail Loop is the most popular trail in the entire state park. This trail takes you from the main parking lot around the waterfall and back. There is also an option to go down to the base of the waterfall. It’s 1.2 miles round trip for the Falls Loop. It’s only 0.3 miles down to the base of the waterfall but there’s a steep climb on the way back up. Fortunately, the trail is paved, with hand rails and resting spots along the way.

The entire trail provides glimpses and views of Burney Falls. In fact, some of the best photos are taken from the trail. Additionally, there’s an overlook to also take great photos. The hike back up to the parking lot makes this trail a moderate one in difficulty.

The base of the waterfall also provides several trails through the state park and to Lake Britton. Headwaters Loop trail takes you about a half mile up Burney Creek from the waterfall.

From Sacramento – Take I-5 North to Redding. Then head East on 299 toward the town of Burney. A few miles past Burney will be Highway 89. Take Highway 89 North about 6 miles and you will see the entrance for the State Park.

From Mt. Shasta –  Take I-5 South. Head Southeast on Highway 89. It’s about 45 miles on this highway before you reach the entrance. 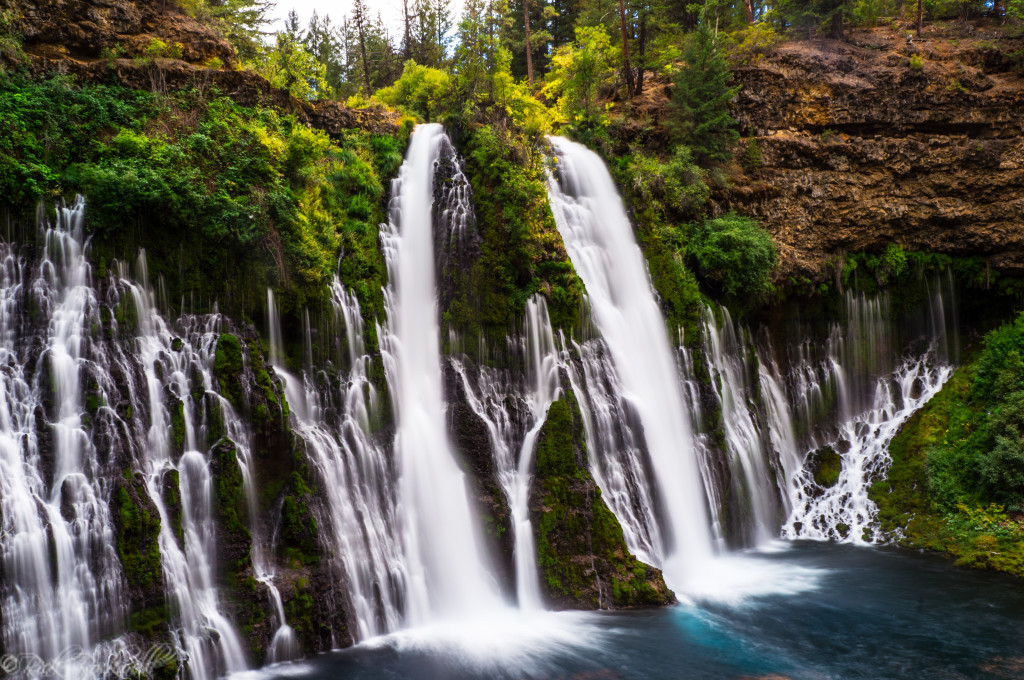 I have vowed to make Burney Falls an annual trip. Over the last two years, I have made the 3+ hour drive out to this National Natural Landmark. Last year, I took my kids with me. At first, they weren’t excited to take the road trip to see this waterfall. In fact, they complained most of the way. But, once we arrived and they caught their first view of Burney Falls, that negativity was gone. They couldn’t get down to the waterfall fast enough.

Their excitement and anxiousness to see the waterfall is how I felt the first time I laid my eyes on that spectacular landmark.

The first thing you notice about Burney Falls is the blue water at the bottom. It’s almost mesmerizing. At the bottom of the trail you can enter the water. However, you are not allowed to swim in it or swim near the falls.

The next thing you notice, is the width of Burney Falls. It’s like the entire cliff is leaking water. It’s over 270 feet wide with water pouring out across the entire span. In addition to the many streams of water, there are two dominant water flows that come off the top. These two streams provide an element of power to an already scenic view.

Walking down the trail is easy. In fact, you can practically run down it. The paved trail makes it easy for people of all ages to use. It’s the walking back up that’s challenging due to the steepness.

As you get closer to the waterfall, you can begin to feel the mist and hear the roar of the water. Both turn this hike into something out of a dream. Once at the bottom, you can continue to hike down the creek toward Lake Britton if you choose. However, most people, including my kids and I, spend hours at the bottom of the waterfall relaxing and enjoying the beautiful aura of Burney Falls.

The hike back up to the parking lot seems longer than it really is. It’s not much more than a 1/3 of a mile. The steepness makes it more challenging. There are places to stop and sit on a bench or a rock so that you can catch your breath. But, there’s also a slight sadness when leaving a place this beautiful. I equate it to being a kid and realizing there are no more presents to open up on Christmas morning. It’s the reality of no more beauty settling in that makes the hike back up more difficult. 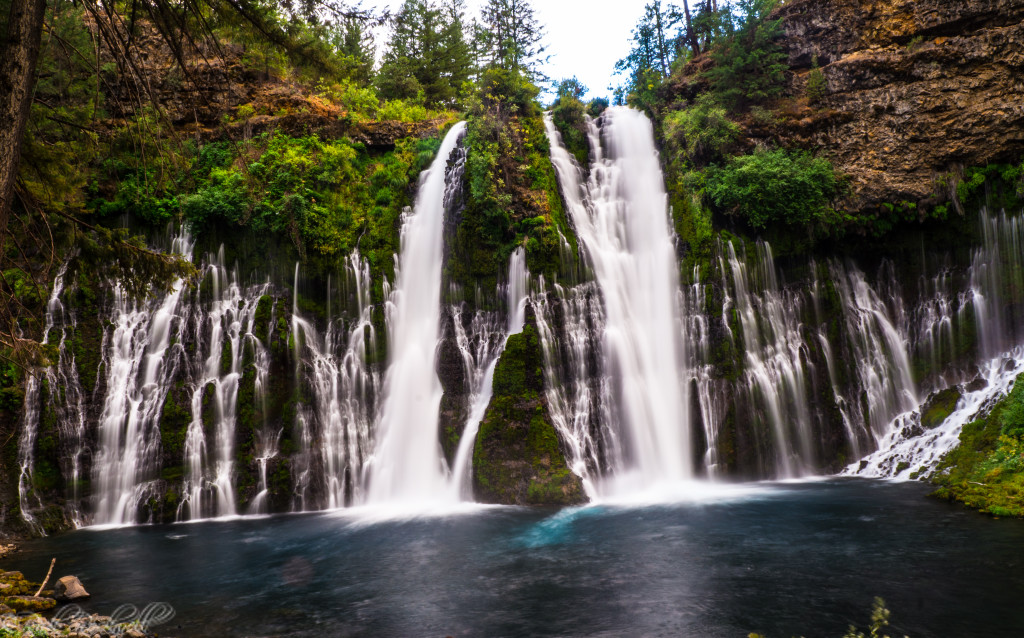 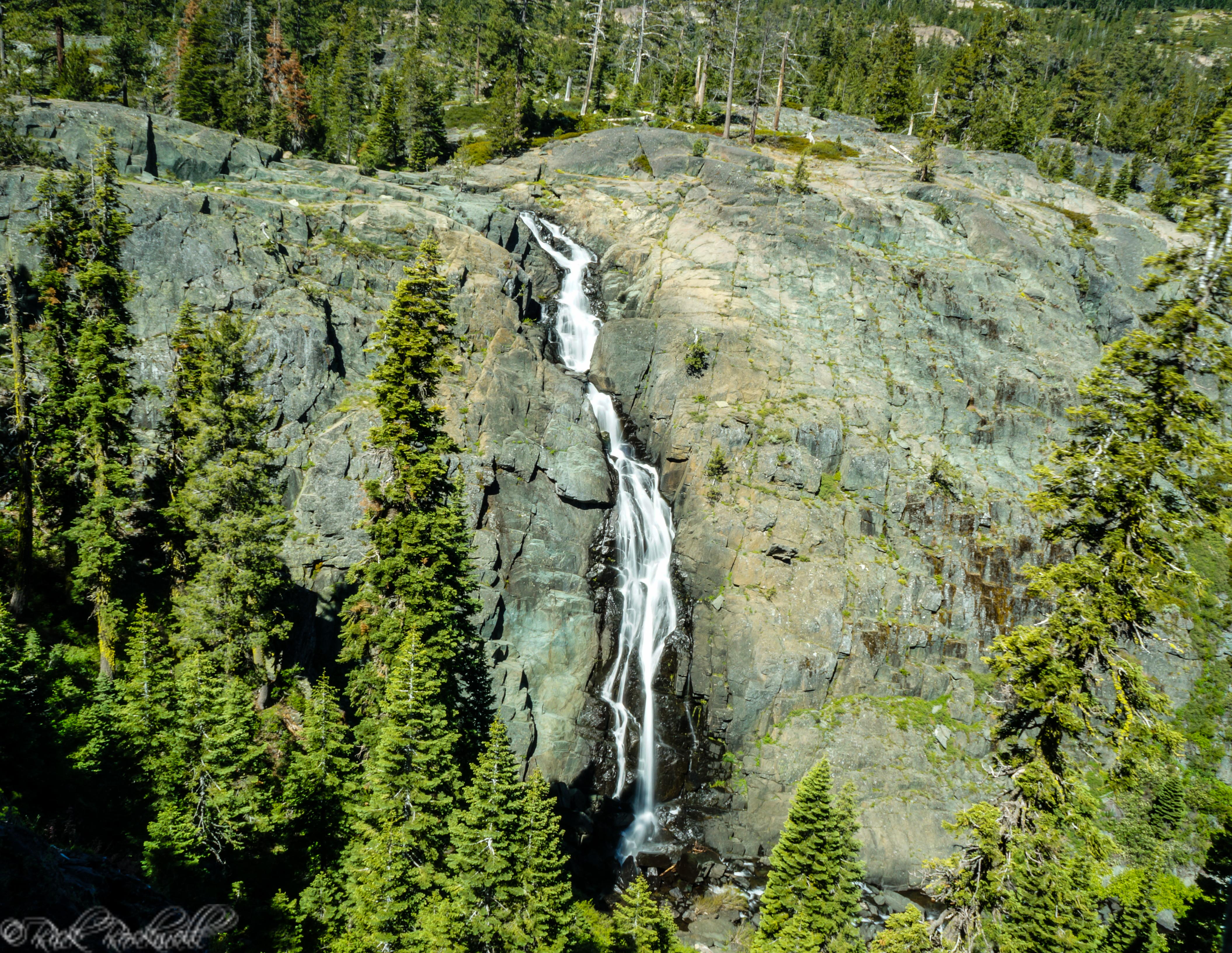 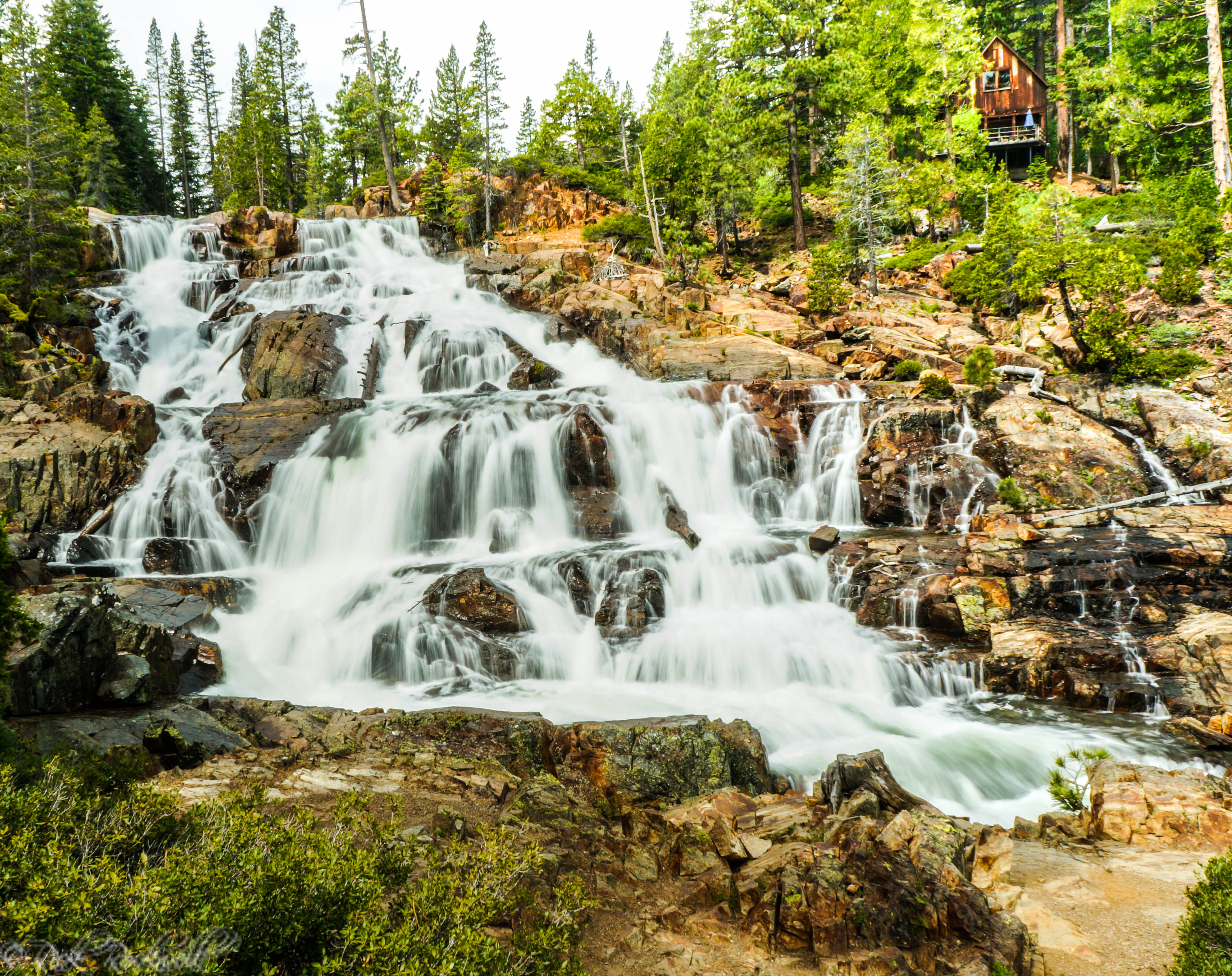