Point Reyes is the second foggiest place in all of North America and the windiest place on the Pacific Coast. If you ever visit Point Reyes when the fog sets in, it’s as if this California lighthouse sits on the edge of a cliff that overlooks a lifeless grey abyss. This all-encompassing fog contributed to the Point Reyes Headlands becoming a final resting place for numerous ships and mariners over the centuries.

Additionally, various geological features, powerful currents and strong winds added to the overall danger of sailing near Point Reyes. In fact, the highest wind speed ever recorded at Point Reyes was 133 miles per hour. Nowadays, if the wind gets over 40 miles per hour, the National Park Service shuts down access to the stairs that lead to the lighthouse. 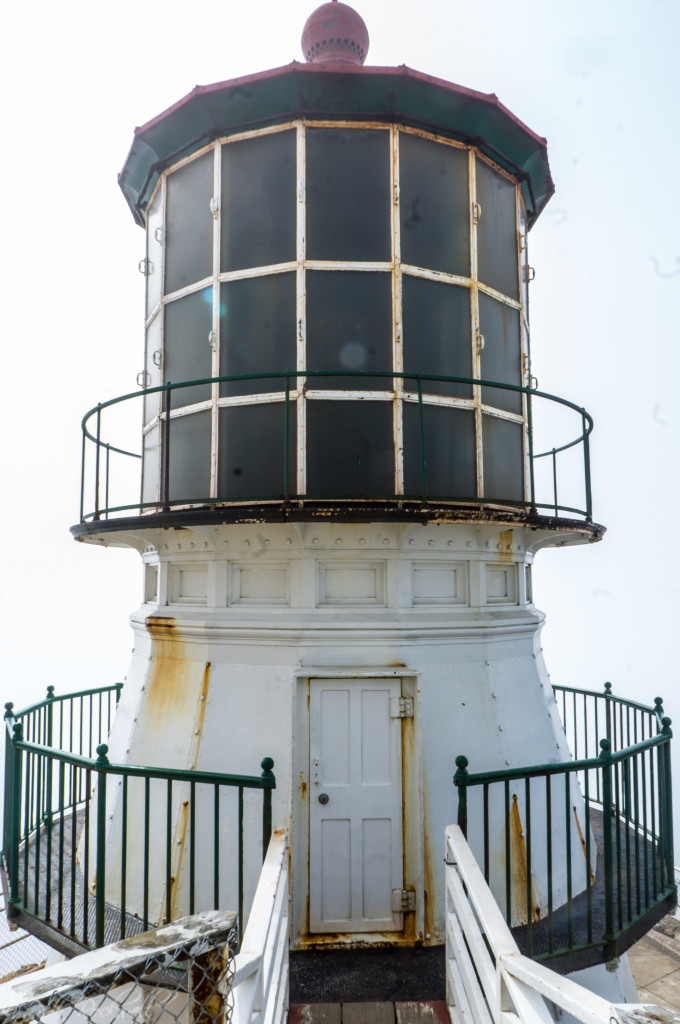 From France to Point Reyes Ca

The lens and mechanisms for the lighthouse were originally created in France in 1867. They were shipped around the tip of South America to San Francisco and then transferred to another ship where they eventually made their way to Drakes Bay, located 3 miles east of the lighthouse. Loaded up on ox carts, the items were finally brought to the top of the cliff and lowered down to the site of the lighthouse. 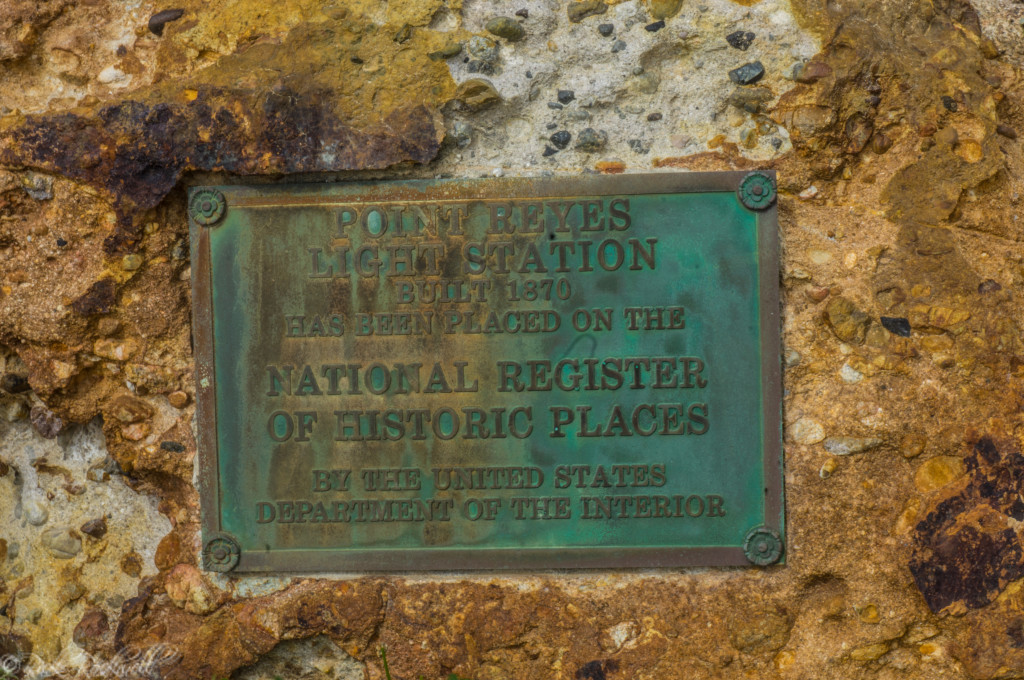 The lighthouse first shone on December 1st, 1870 and remained active until 1975. A fog signal was also used during the periods of heavy fog to signal the location to the mariners. The combination of the light and the fog signal dramatically cut down on shipwrecks. Unfortunately, it didn’t completely eliminate them.

Nowadays, the lens room in the lighthouse is only open on Fridays through Mondays, during the hours of 2:30pm to 4pm. This also depends on weather and staffing.

On a side note, the lighthouse was used in John Carpenter’s 1980 film appropriately titled The Fog. 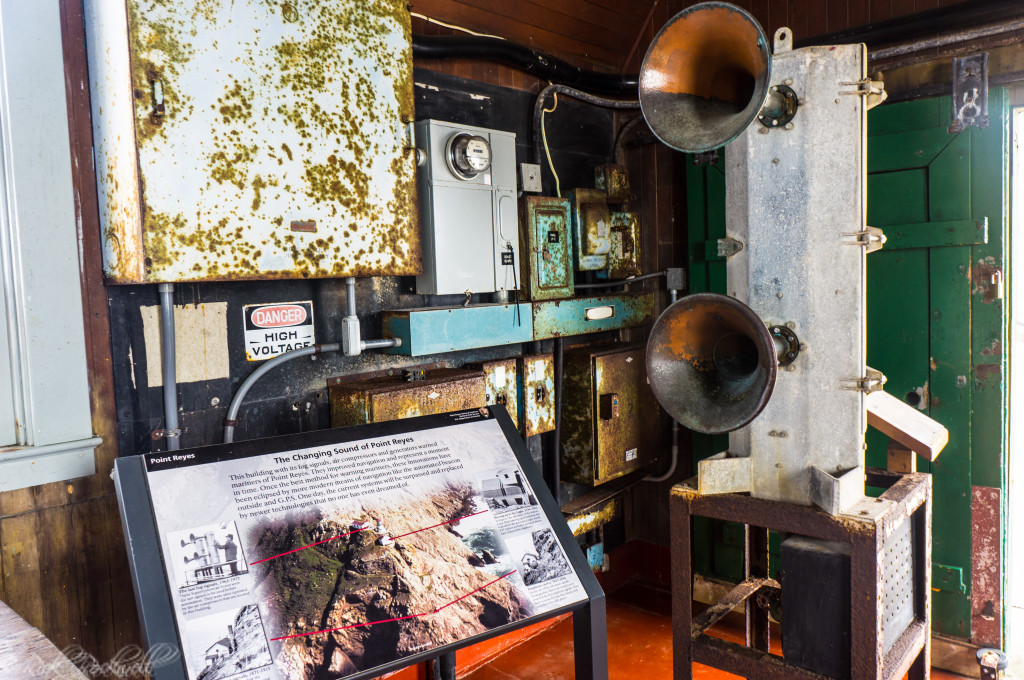 308 Steps to the Pt Reyes Lighthouse 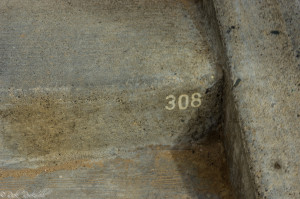 There are 308 steps that take you all the way down to the lighthouse from the top of the cliff. Originally, they were made of wood. In 1939, concrete steps were put in. Today, you don’t even have to count the steps because they are all numbered.

The journey down the long “staircase” is rather easy. In fact, you are so focused on the scenery and the lighthouse that you don’t realize how far it actually is from the Visitor’s Center down to the lighthouse. But, you sure do realize the distance when you have to walk back up the steps. In fact, it’s a rather daunting task for many people. 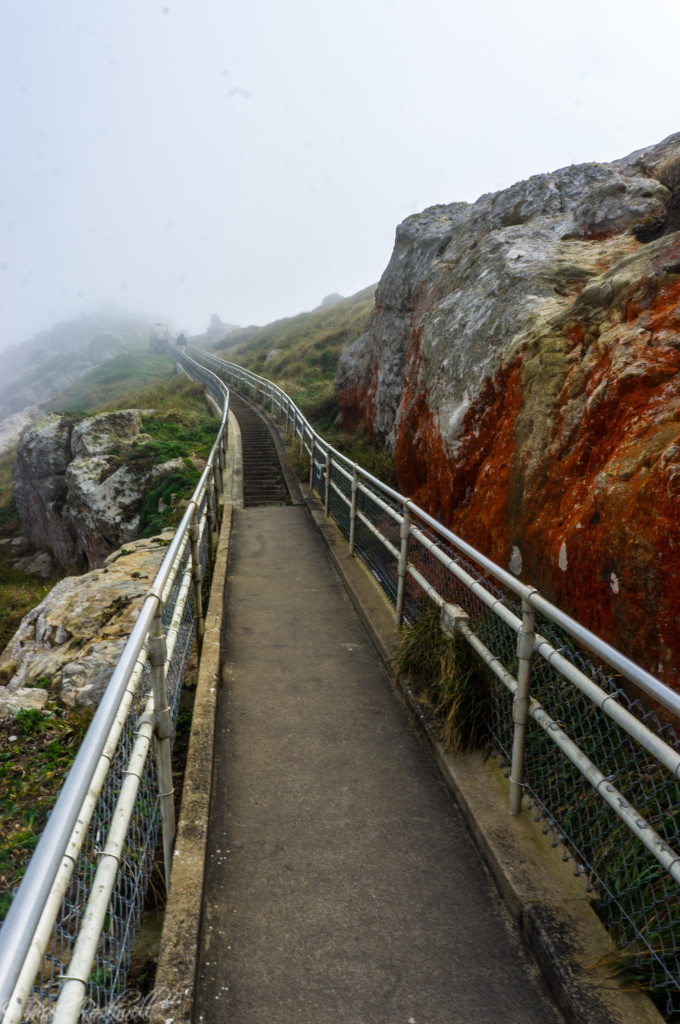 As my kids and I were walking down, you could see the strain on the faces of just about every person walking up. And, because there’s barely enough room for people to pass each other on the stairs, you get an up close and personal look at each person straining to make it up the 308 steps. Fortunately, there are a few resting spots along the way to help those that are really struggling.

The steps down to the lighthouse are only open on Fridays through Mondays from the hours of 10am to 4:30pm. I don’t recommend these steps for small children or anyone with physical limitations.

At the top of the cliff is the Point Reyes Lighthouse Visitor’s Center. This small building contains exhibits that depict the history of the lighthouse and the surrounding cultures, plant and animal life. It’s one of three visitor centers in the Point Reyes National Seashore. The rangers that work inside are friendly and knowledgeable. There’s also the option of obtaining a free National Park map. I suggest, if not for any other reason, going in there and getting the map.

Right next to the visitor’s center, and before the steps, is the observation deck. This is a nice area for a packed lunch. It’s also where rangers have workshops on whale watching and other subjects.

The lighthouse is located at the end of Sir Francis Drake Boulevard. It’s roughly 20 miles to the lighthouse from either the Bear Valley Visitor’s Center or the small town of Inverness. The road weaves through historical ranches, along estuaries, past beaches, through fields with cows and eventually brings you to the lighthouse parking lot. The drive takes about 45 minutes on average, once you enter the National Seashore. It’s a beautiful drive during the spring and fall seasons. Be patient as you share the narrow roads with animals and other drivers.

The Point Reyes Lighthouse parking lot is 0.4 miles away from the visitor’s center. It does get crowded during peak season. It’s best to get out there early in the morning. There are bathrooms at the parking area and a map display.

On the weekends, during peak season, the park shuts down the street and the Shuttle picks you up and drops you off at the parking lot shuttle stop.

A Scenic Stroll from Parking Lot

From the parking lot, you walk along a paved service road, up a hill, until reaching the living quarters for park staff. Across from this building is a nice pair of bathrooms. Prior to the living quarters, there are some interpretive signs and trees that hang over the service road. When foggy, these trees provide a spooky element to the walk. 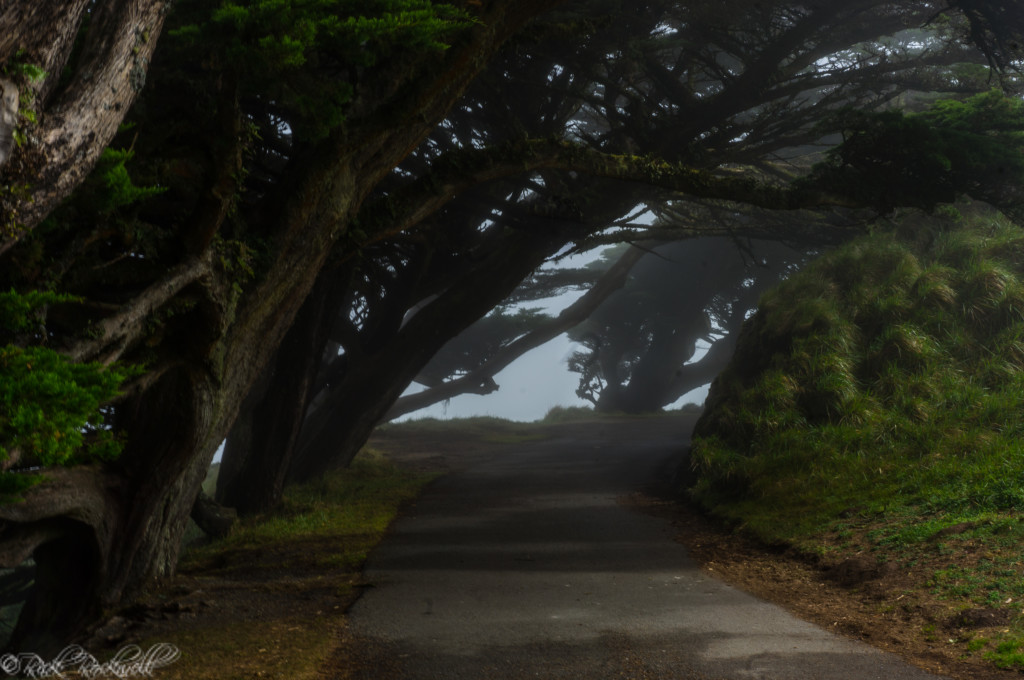 The Point Reyes Lighthouse is a popular destination for whale watching. Because of its location, and vantage point. Visitors can see whales migrating from December through April. On my trip, we weren’t able to see any whales due to the heavy fog. This gives me another reason to return.

If you are a fan of lighthouses like I am, then this beauty is a must see destination. Even if you are not a fan of lighthouses, the ocean views, coastal history and the possibility of seeing migrating whales are great reasons for you to make the trek out to the Point Reyes Lighthouse. Make sure you wear a comfortable pair of sneakers because those 308 steps are a workout. Additionally, bring layers of clothes because it does get colder and windier out near the lighthouse. 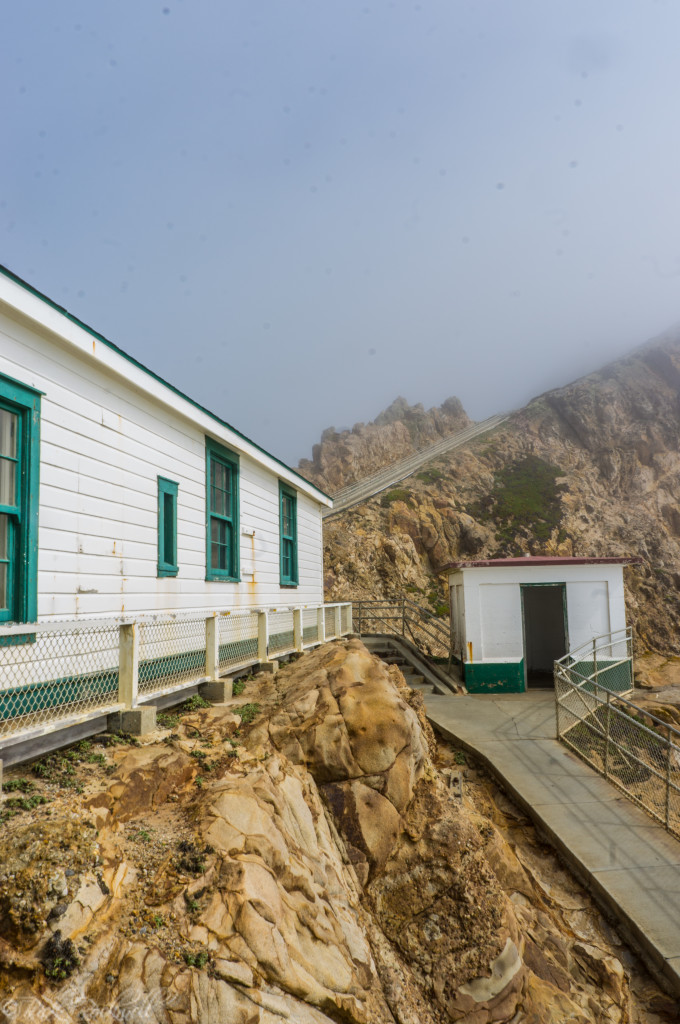