Cronan Ranch Trails Park is located off historic highway 49 in the Coloma-Lotus valley, near Pilot Hill. This region is famous for the discovery of gold in the late 1840’s and whitewater rafting down the South Fork of the American River. The ranch itself consists of roughly 12 miles of trails that are perfect for hiking, biking and horseback riding.

The land was originally acquired by the Central Pacific Railroad in 1887. Michael Cronan purchased the land from the railroad company in 1891. The Cronan family sold this land in 1918 and it eventually ended up in the hands of the Bacchi family which combined the Cronan Ranch with the Bacchi Ranch. In 2004, the Cronan Ranch land was sold and eventually placed into public trust by the American River Conservancy and  BLM. It was turned into a park for visitors to enjoy the rich climate, rolling hills, river trails and more. 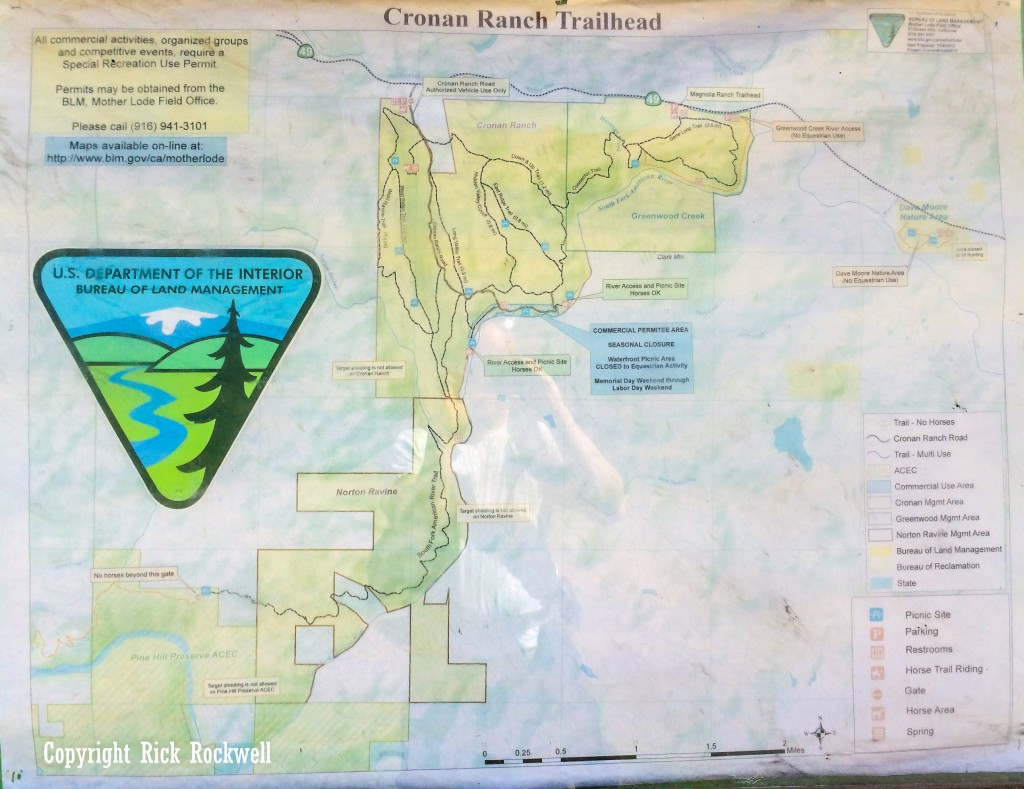 The Ranch is located on Pedro Hill Rd. off of Highway 49. It’s easy to miss this road especially if you are coming from Placerville heading North on 49. There’s a nice parking lot at the beginning of the trailhead that offers trail guides and bathrooms. I suggest using the bathroom prior to hiking unless you don’t mind using a port-a-potty located near the river.

The trails are clearly marked out as some of them used to be old ranch roads. Cronan Ranch is well maintained and it’s nearly impossible to get lost in this area. There is very little shade throughout the ranch, as I would estimate that at least 90% of the ranch is wide open. Bring plenty of water and sunscreen.

If you take the loop around the ranch, it’s about 5 miles. I set out on the Down and Up trail that takes you on the outside edge of the southern portion of Cronan Ranch. This trail is named appropriately because you go up and down the green covered hills. You can take this trail to the South Fork American River trail and head west toward Magnolia ranch which is a nearby trailhead that also serves as the starting point, or end point depending on where you begin, for the increasingly popular South Fork American River trail loop.

After going up and down a few hills, I switched over to the East Ridge trail to get a different view of the area as I pressed on to the American River. There are clearly marked wooden signs at the beginning and the end of each trail. You can print out a map beforehand to pick the best trails.

The best time of the year to hike the ranch is in the spring when the flowers are blooming, the weather isn’t too hot and the water is flowing.

Along the way, there are some interesting rock formations on the trails. 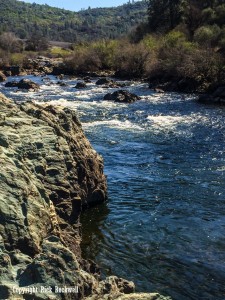 As I got closer to the river, I was escorted by various small birds, butterflies and a snake. Yes, the snakes are out. And, before I forget to mention, the lyme ticks are out too. So, stay on the paths and don’t trample through the fields as you are more likely to experience tick bites that way. The snake was about three feet and it wouldn’t budge from the trail. So, I decided to go around and let that snake have his or her time in the sun.

The river flow depends on the season and drought conditions if any. Regardless, it still makes for a nice area to sunbathe, swim and to have a picnic.

Once finished at the river,  take the Long Valley Trail up to the movie set. This set was used in the movie Love Comes Softly starring Katherine Heigl and directed by Michael Landon Jr.  This film was released in April 2003 and aired on the Hallmark Channel.

There are picnic benches at the movie set to relax and have a picnic. The park doesn’t allow you to go into the main home due to safety reasons. Part of a barn and a horse stable still exist as well. The movie set really captures what an old ranch home might have looked like and adds to the overall appeal of this hike.

The set is right before a fork in the road as you can take the Long Valley Trail or the Cronan Ranch Road all the way back to the parking area. Both run parallel to each other. 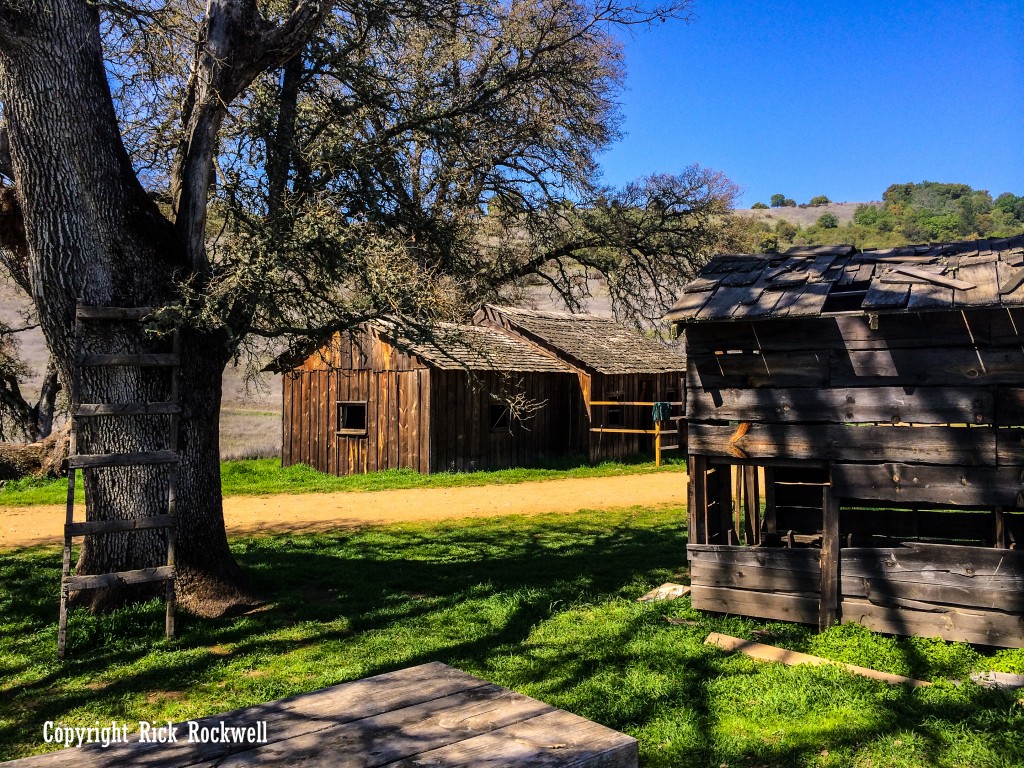 This is a nice hike for people of all ages. It offers enough scenery to enjoy the journey, well kept trails, plenty of bathrooms, clear trail signs and free parking. Once out on the trails, it’s easy to forget how close you still are to the cities of Sacramento, Folsom and Roseville. Cronan Ranch is also a great place for biking and horseback riding. Whether you are looking to take a nature walk or hike the hills and river, Cronan Ranch is a great way to spend a nice spring day.

I plan on returning to the Cronan Ranch to check out the West Ridge and the West Ravine trails. I would also like to head over to Norton Ravine and get some nice photos. You could make a day out of this hike and explore the entire ranch. I spent roughly 3 hours here and I was ready to go check out nearby Magnolia Ranch.

The Ranch’s trailhead is off of Pedro Hill Rd. This road is easy to miss when driving on highway 49.

From Auburn head south on 49 for about 12 miles. From Placerville (Highway 50) head north on 49 for roughly 12 miles. 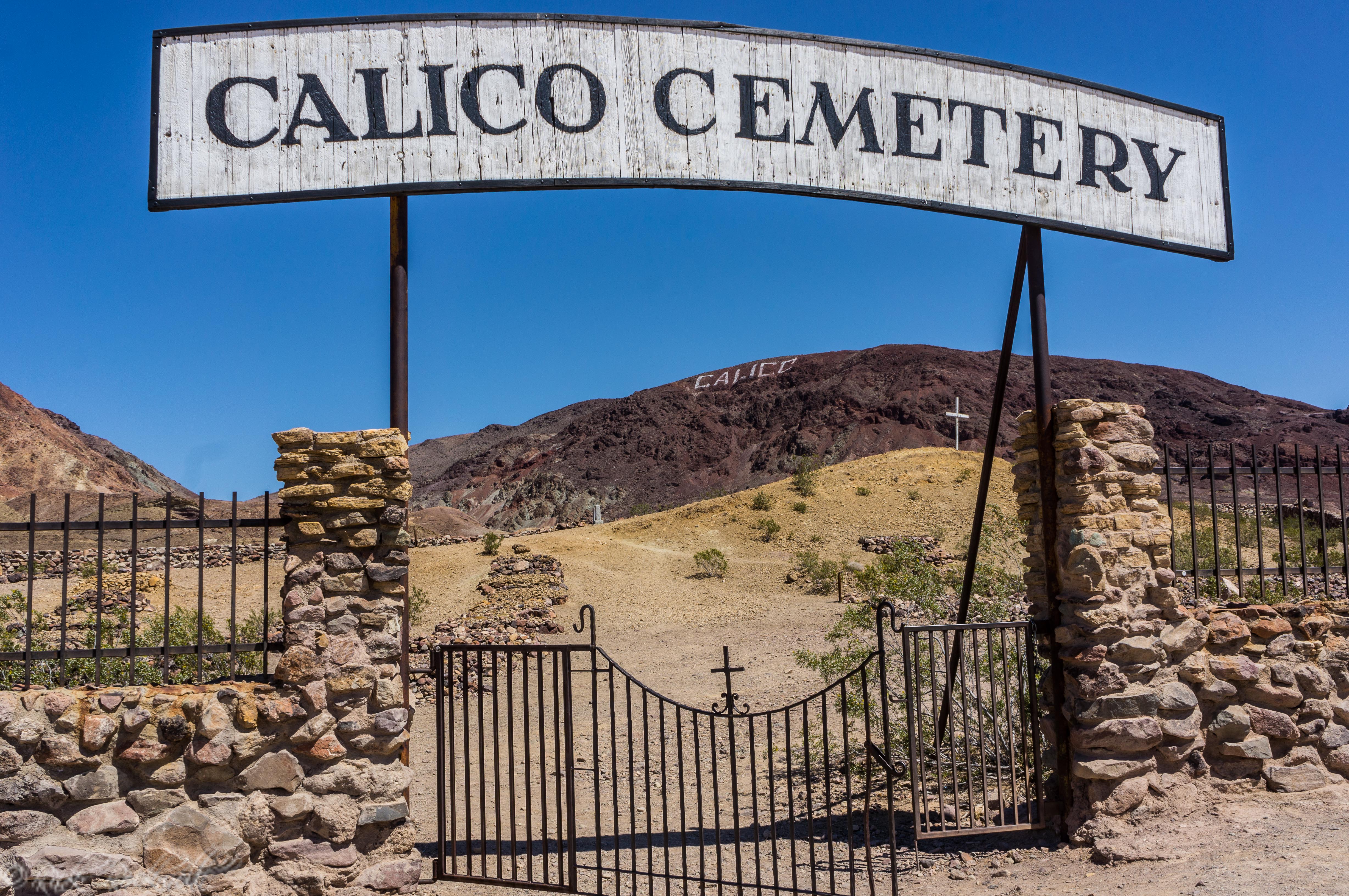