The Grouse Ridge Lookout is one of the oldest lookouts in all of California. Built in 1923, this fire lookout was in use for five decades until being retired in the 1970’s due to the advancement of technology. Currently, there is a movement to restore this historic lookout which provides visitors with stunning views of the Sierras, dozens of lakes, a handful of counties and more scenery than one person can handle.

During the early 20th century, California underwent a massive overhaul of fire prevention procedures and policies. Spearheaded by a man named Coert Dubois, the state finally began allocating money to fire prevention in 1919.

In 1922, the first state funded fire lookout (in the Santa Cruz mountains) was erected. The next year, the Grouse Ridge fire lookout was built in the Tahoe National Forest, making it one of the oldest in the state.

Some sources state that the Tahoe National Forest had at one point an estimated 20 fire lookouts in operation. Today, roughly half still exist and even less are in operation. 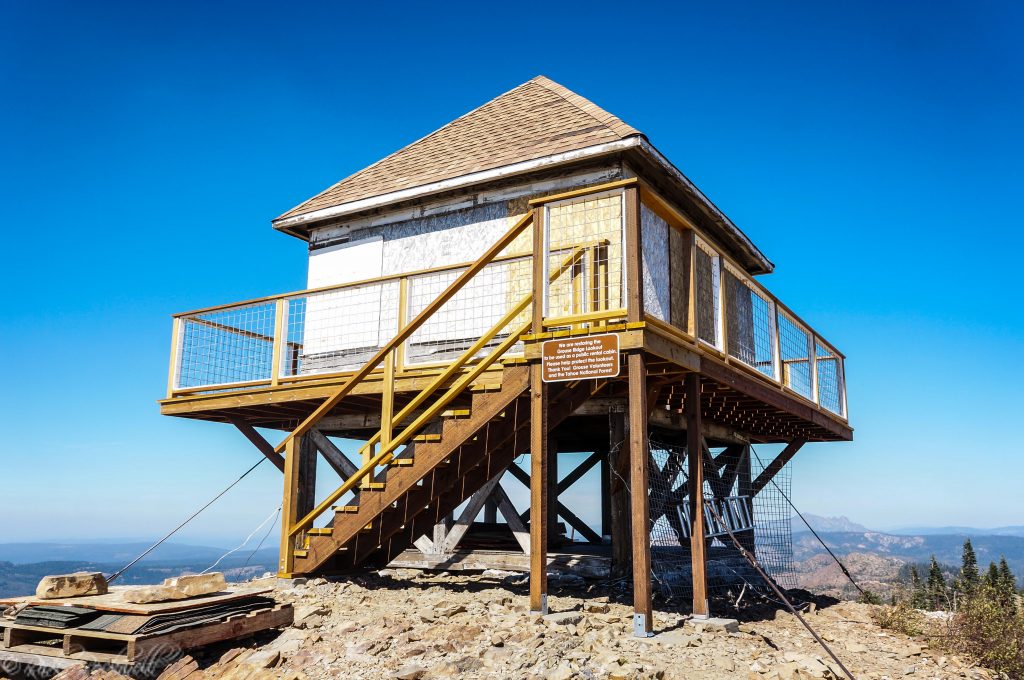 The Grouse Ridge lookout is an L-4 model, which was arguably the most popular model of lookouts in California. However, it’s considered somewhat of a “father” or “pioneer” to the L-4 models due to its age and slight variation to the roof that many other L-4 models didn’t have. The lookout is 14×14 and has 5 windows on each wall, providing rangers with 360 degree views at all times. The one-room lookout sits on top of a platform that’s about 10 feet off the ground.

In the 1970’s, fire lookouts were being retired across the state. It’s estimated that roughly 60-70% of the lookouts were retired during this time frame. Newer technology like airplanes and helicopters were becoming more effective techniques for fire detection. Additionally, fire prevention methods were also improving, which aided in the overall reduction of fires and needs for lookouts.

After the turn of the 21st century, volunteers began to lovingly look after this structure. Recognizing its historic value, a more formal approach to repairing the lookout was underway. Today, the lookout continues to undergo repairs and is beginning to look in great shape.

Because of its age and historic value, the repairs are being made in accordance with regulations to place this lookout on the National Historic Lookout Register. 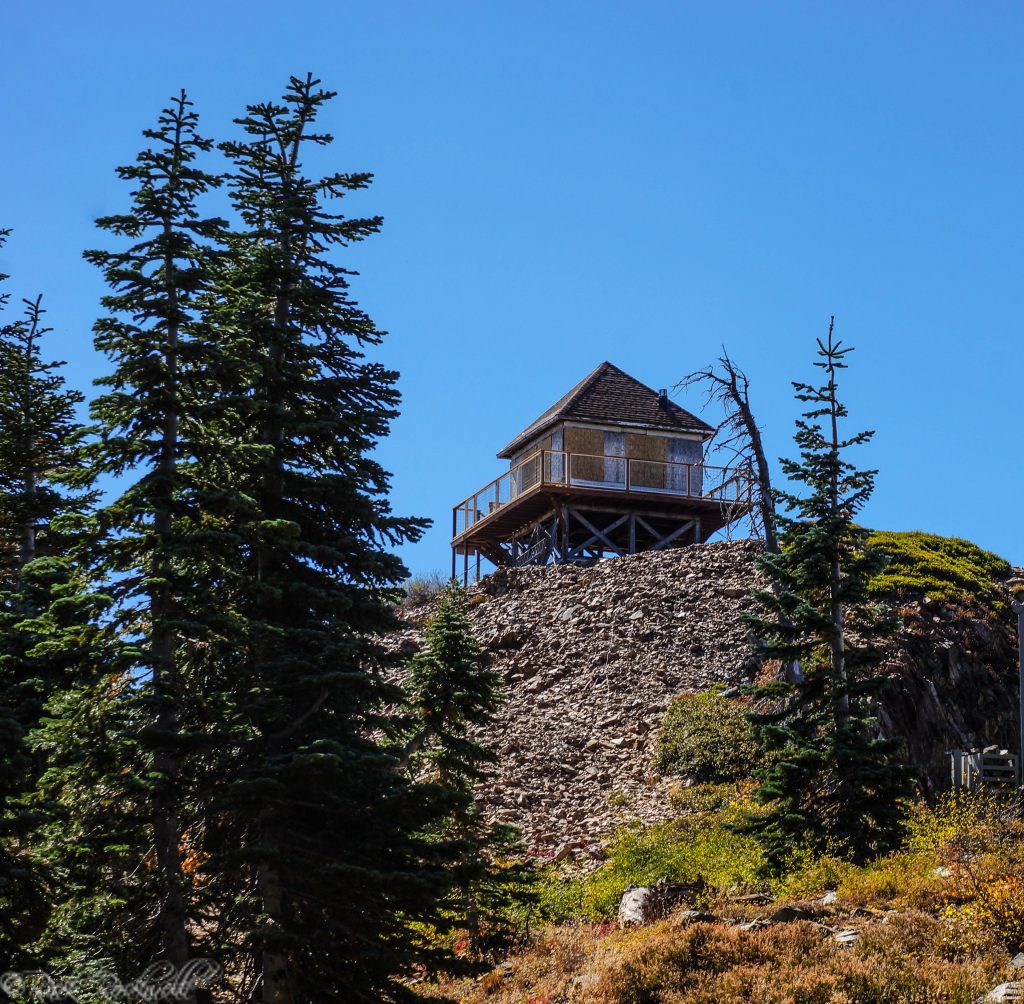 The Grouse Ridge Trail is a wonderful Sierra Mountain trail spanning up to 10 miles in length. Along this trail are numerous lakes like Glacier Lake that are popular hiking destinations. Additionally, the first two miles of this trail are downhill from the trailhead.

The trailhead, which is roughly 6,500 feet in elevation, has plenty of parking in addition to the Grouse Ridge campgrounds located nearby. The lookout is about ¼ of a mile to the left (west) of the trailhead and is often the beginning or ending point for a hike along this trail. 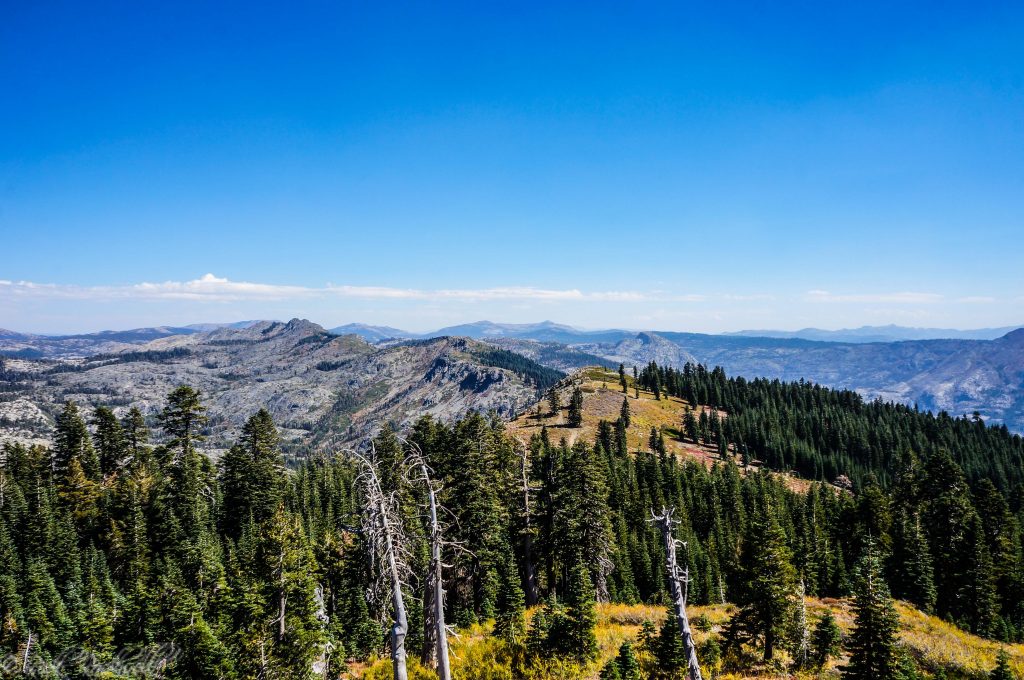 Over the years, I have become enamored with these fire lookouts. In addition to their history, the views are incredible. So far, the Grouse Ridge Lookout has been the most challenging lookout to get to in terms of driving down unmaintained forest roads. 6 miles on this road, that weaves you through the forest and up to the ridge, definitely makes one question whether or not they really want their vehicle to continue taking punishment. It’s highly recommended that you use a high clearance vehicle like a truck or SUV.

The road dead ends at the trailhead. From there, head west (left) about ¼ mile to the lookout. You can feel the 1000-1200 foot elevation change as you head up another old forest road that’s closed off from vehicles. Half way up the trail, the lookout will begin to peek through the trees.

At the lookout, you can walk around on the balcony, but there’s no going inside. Depending on when you visit, the views are as far as the eye can see and absolutely beautiful.

Probably the most amusing part about the lookout is the location of the outhouse. It’s on an outcropping roughly 7,700 feet in elevation. 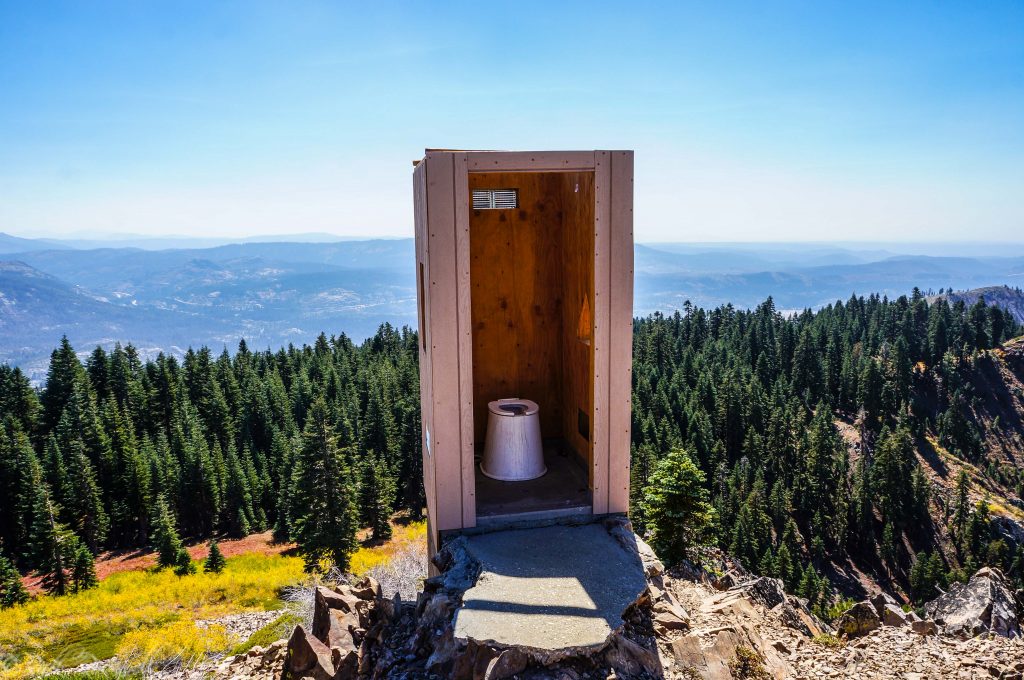 Forest Rd. 14 is six miles long to the trailhead. It’s unpaved and very bumpy, requiring slow speeds. It takes roughly 40-45 minutes to get to the trailhead due to the condition of this road. Additionally, the forest road is narrow and requires vehicles to pull over for oncoming traffic. Also, keep an eye out for cows as you get closer to the end of the road. 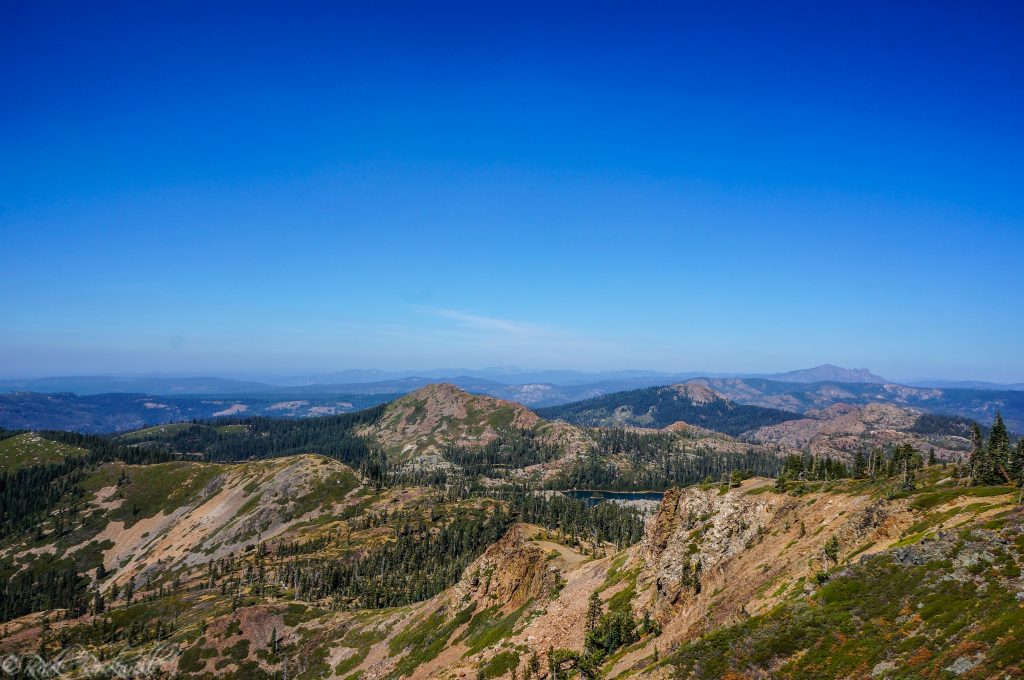 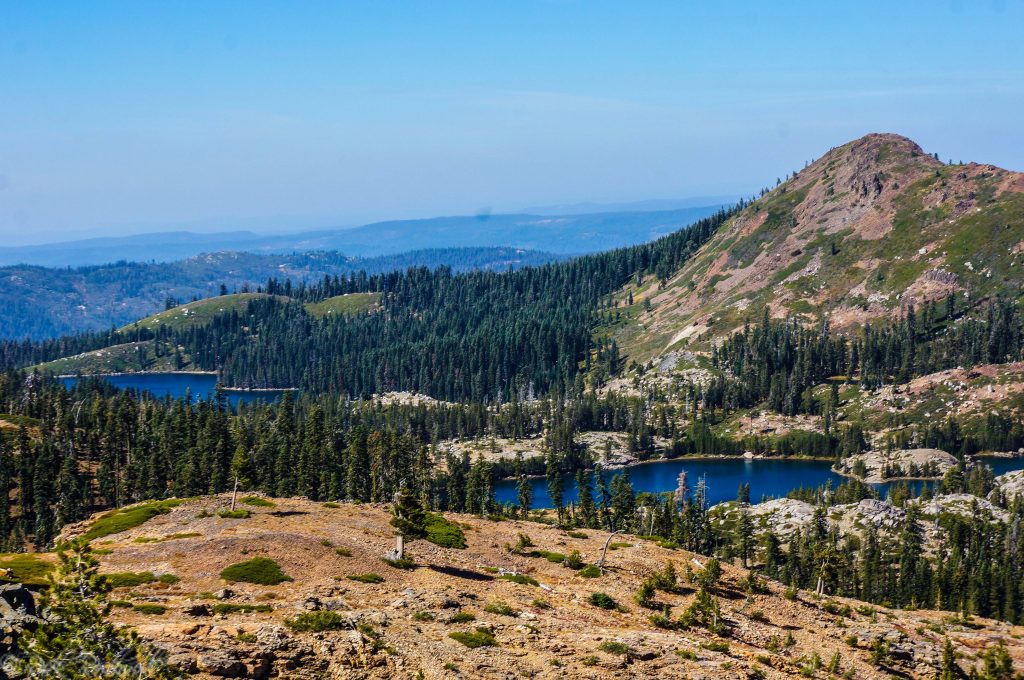