California has been the backdrop for countless films, TV shows and commercials, but none more popular than the galactic adventures of the Star Wars franchise. In fact, The Force is stronger in California than anywhere else in the world.

Star Wars creator George Lucas was born and raised in Modesto, California, where he spent his youth aspiring to be a race-car driver among other things. In college, his love for film making had grown more powerful than the Dark Side and he ultimately graduated with a bachelor’s degree from USC’s School of Cinematic Arts.

Eventually, Lucas’ personal and professional lives would lead him to putting down some roots in San Anselmo where he created Star Wars in 1973 and Indiana Jones in 1974.

40 years later, Imagination Park was built in the heart of San Anselmo to provide the community with a central gathering place and to pay tribute to George Lucas’ cinematic masterpieces Star Wars and Indiana Jones.

In addition to the creation of Star Wars, George Lucas used California’s vast landscapes for several key scenes throughout the original trilogy. Furthermore, the state also plays a significant role outside of the films where fans can immerse themselves in their own adventures through amusement parks, statues and memorabilia collections.

Where did Star Wars film in California?

California was featured in two of the original trilogy’s films: A New Hope and Return of the Jedi.

The majority of footage for Tatooine was filmed in Tunisia. However, due to production costs and other last minute needs like Mardji the elephant, there were several scenes filmed in Death Valley National Park to splice with the Tunisia footage.

These Death Valley scenes include the following locations and the exact moments they appeared in Star Wars: A New Hope in order of appearance:

These sand dunes can be seen for a brief moment after R2D2 goes his separate way from C3PO following their crash landing on Tatooine.

As R2D2 travels alone through the canyon, he’s abducted by Jawas. Most of the scenes for R2’s traveling was shot in this canyon.

R2D2 carried up to Sandcrawler

This is where R2D2 is being carried up to the Sandcrawler by the Jawas that captured him.

Tusken Raiders are mounting a Bantha to go attack Luke Skywalker as he looks for R2D2 who's searching for Obi-Wan Kenobi.

Obi-Wan Kenobi and Luke Skywalker look out at Mos Eisley in a distance.

Episode IV: Return of the Jedi

As with A New Hope, George Lucas returned to Death Valley National Park to film a few scenes for Episode IV: Return of the Jedi.

Scenes of R2D2 and C3PO heading to Jabba’s Palace. There's also a deleted scene from ROTJ where Luke is fixing his ligthsaber in a cave. This cave was closed and no longer accessible to public.

Map of Twenty Mule Team Canyon and the road with the same name. This was the route where teams used to transport borax out of Death Valley

Scenes from Endor were shot throughout various Redwood locations on private land and in parks like Grizzly Creek Redwoods State Park. All of the scenes shot on private land are no longer recognizable.

What things can Star Wars fans do in California?

In addition to visiting Star Wars’ filming locations, fans can also enjoy many other thrilling Star Wars experiences throughout California: 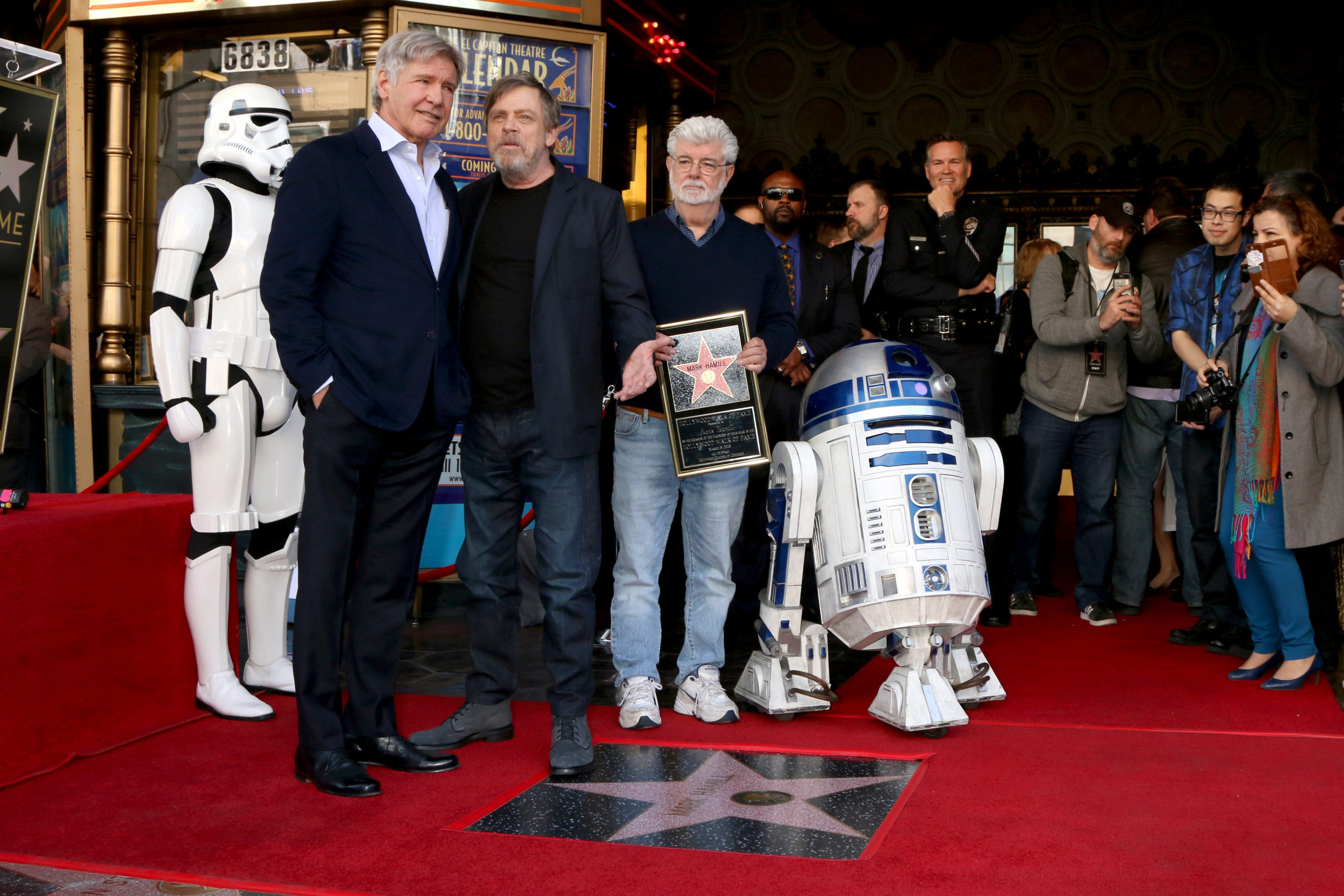 Star Wars fans can walk among the stars as they stroll down Hollywood’s famous Walk of Fame. Several of Star Wars’ most beloved figures have been honored with stars on the Hollywood Walk of Fame. Fans can go view these stars at the following locations: 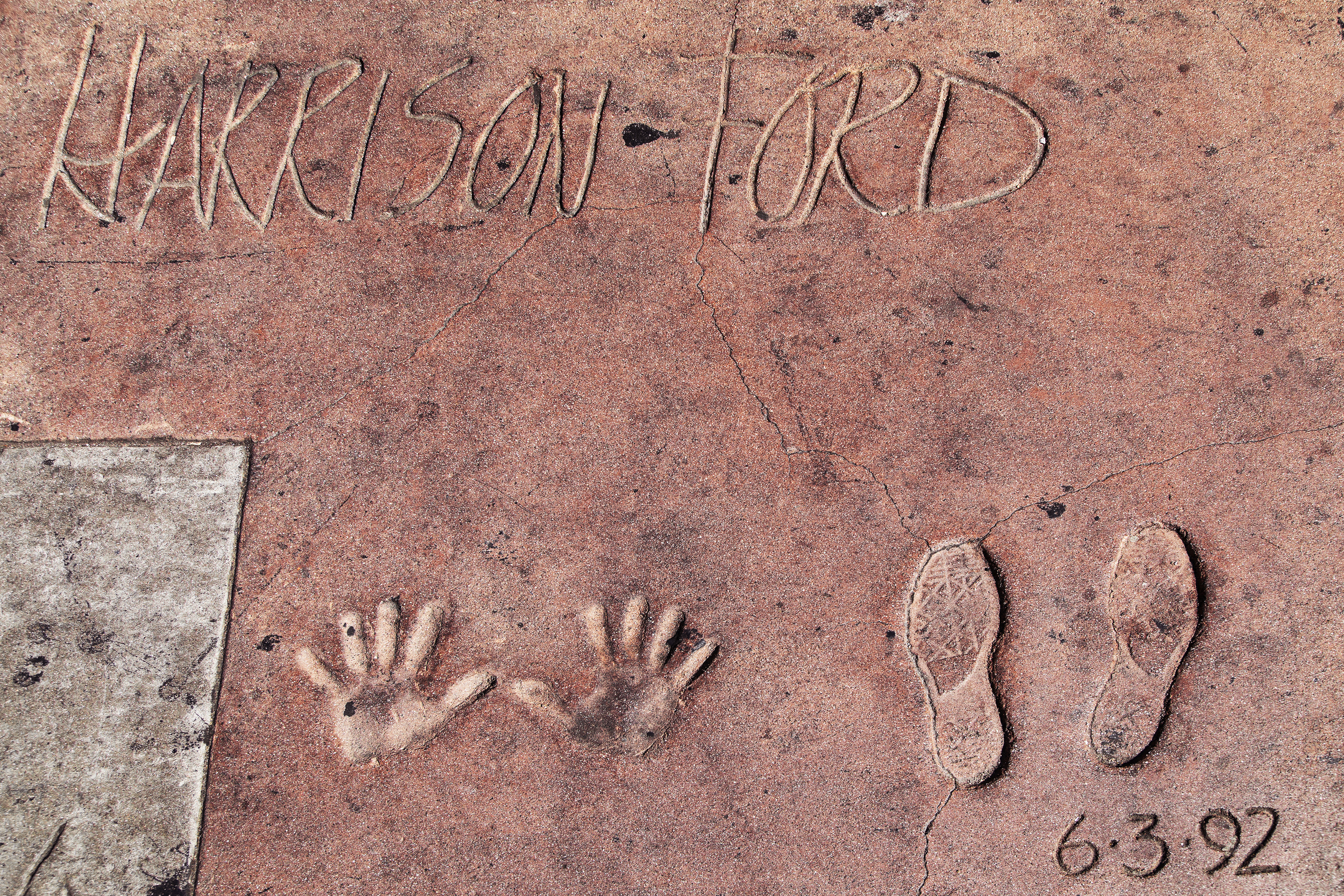 Located at 6925 Hollywood Blvd., along the Hollywood Walk Of Fame, Grauman’s Chinese Theatre not only shows Star Wars films when they’re released, but it also has famous handprints and footprints of Star Wars personalities like: Harrison Ford, R2D2, C3PO and Darth Vader. 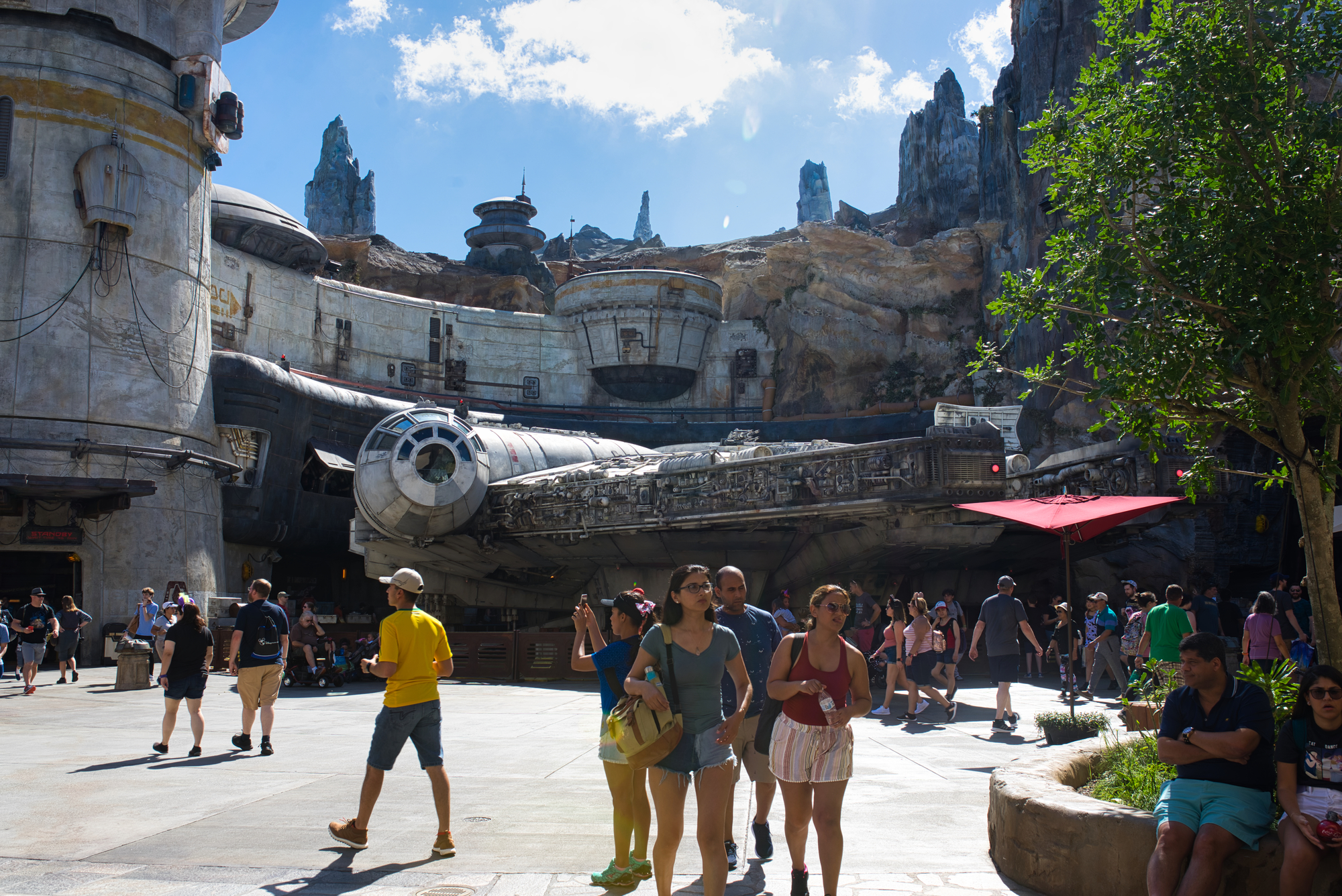 Star Wars enthusiasts can spend the day at Disneyland and enjoy the popular attraction of Star Wars: Galaxy’s Edge. This Disney spectacle features a simulator ride on the Millennium Falcon, the Rise of the Resistance dark ride that takes you through a battle between the First Order and the Resistance, shops, dining and much more.

Located just west of Petaluma, CA, is Rancho Obi-Wan home of arguably the world’s greatest memorabilia collection of the film franchise. Star Wars fans can tour this collection and learn about the history of this franchise in a unique and authentic experience.

Star Wars fans can visit one of two famous Yoda monuments built in California. This Yoda tribute is a fountain at the entrance to the Lucasfilms Letterman Digital Arts in San Francisco’s Presidio National Park. 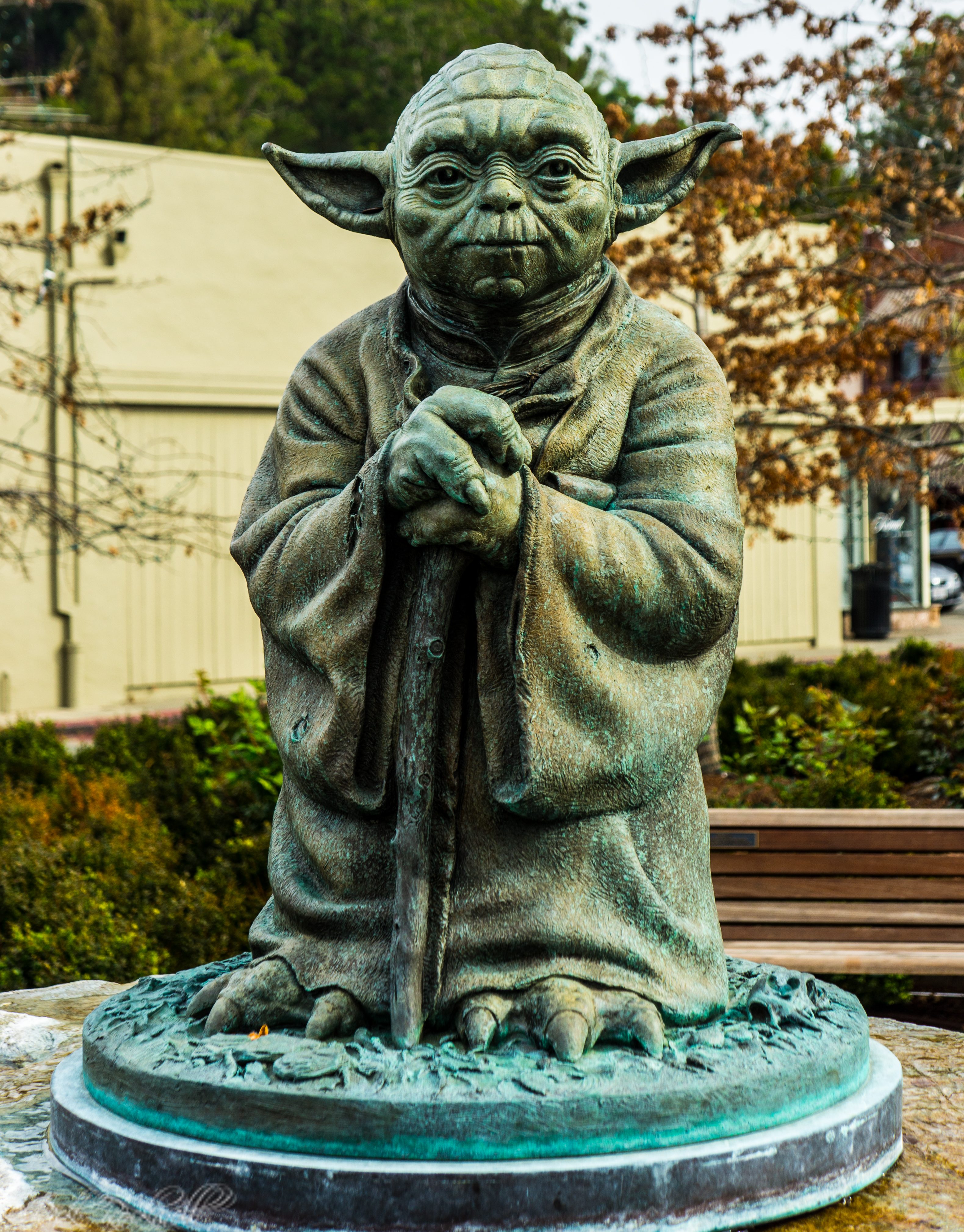 As mentioned above, fans can visit Imagination Park in San Anselmo and feel the power of The Force’s birthplace.