Long ago, when the town of Colfax, formerly Illinoistown, was surrounded only by mountains and dirt roads, the iron horses of the Central Pacific and later Southern Pacific Railroads were blazing a trail in its very direction.  In fact, Colfax became the heart of a new junction, connecting Grass Valley and Nevada City to the transcontinental line. After seeing that the town and surrounding area was turning into prime real estate, property owner Dan Russell seized the moment and sold his parcel of land on the corner of Auburn, Grass Valley and Railroad Streets to a man named Daniel Gillen in the late 1880’s.

Dan Gillen was a hardworking railroad man born of Irish immigrant parents. Having been a conductor on the Southern Pacific line for many years, he wanted to branch out and build a business of his own. With the railroad passing through Colfax, he knew there was going to be a need for a good hotel and restaurant. As with any successful idea, Gillen found the need and he was going to fill it quickly.

Colfax, being the junction site for the Southern Pacific Transcontinental line and the Nevada County Narrow Gauge Railroad, was the spot where people would stop in between trains, and many times they might want a place to relax, sleep or get a bite to eat. It also happened to be the spot where crew changes for the railroad took place, and Gillen wanted his hotel to provide needed rest and relaxation for those hardworking men, too. It was in the perfect place at the perfect time. 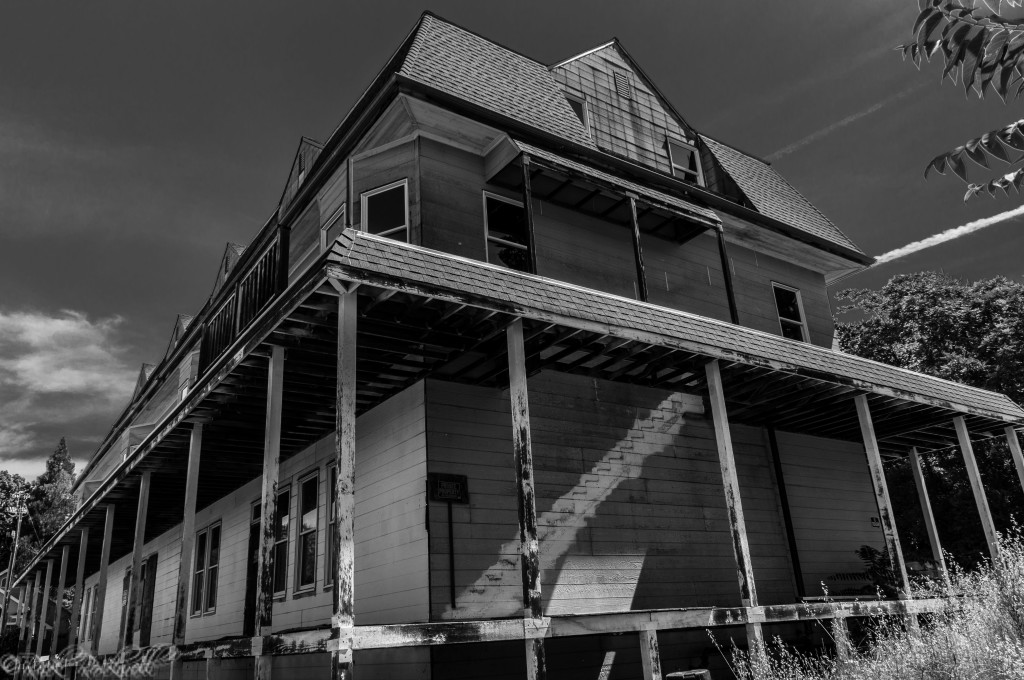 Designed by R.F. Willis, the Gillen Hotel was three stories tall, had 12 foot ceilings, was 11,000 square feet in size and had its own 80 foot deep well. Construction broke ground in 1876, but the hotel wouldn’t have its grand opening until the spring of 1903, just in time for the arrival of President Theodore Roosevelt, whose train made a stop in Colfax on May 19, 1903, just a few feet from the hotel. Although there were 56 rooms in total, only 45 of those rooms were available to guests, while the other 11 went to full time employees. The hotel was proud to advertise their amenities: electricity, hot and cold running water and a porcelain bath in each room.

Gillen was a man ahead of his time, building his own power plant generator, being the first to have electricity in town, and generously providing it to parts of the downtown area besides his own hotel. The dining area of the restaurant could accommodate up to 100 people and the meals were priced at only .50 cents. Advertisements also offered a daily meal plan for a little under $2.00 per day, and steak dinners for only .75 cents per person.

Gillen didn’t stop with the hotel. He also constructed a grand pavilion just behind the hotel, naming it Gillen Pavilion, where many events were held including dances, graduation ceremonies, special affairs and town meetings.

By 1906, Dan Gillen, decided to put the hotel up for sale. That year C.E. Skidmore, along with his wife Margaret, purchased the property and held onto it for a little over 23 years.

By 1907, a wooden walkway was built leading directly from the newly constructed Nevada County Quartz Monument to the hotel. The huge dedication ceremony and celebration on September 9, 1907, brought in many visitors to Colfax and to the hotel.

According to the San Francisco Call dated July 14, 1911, a portion of the north wing was destroyed by a fire. Dozens of guests were forced out of their warm beds and out to street in their pajamas. Ten rooms were destroyed as well as many others damaged, but no fatalities were documented. One patron, Mr. E. Vonghahm reportedly jumped from a second story window and sustained severe injuries to his neck but was expected to survive.

In 1919, Fred Marvin, owner of the Marvin Annex which was just across the street, leased the property from the Skidmore’s, renaming it as the Marvin Hotel.  Fred Marvin had come to Colfax in 1892, and originally opened a restaurant at the first depot in town, but by 1905, the depot was destroyed in a fire. Later on Marvin opened his own hotel just across the street from the Gillen Hotel, naming it the Marvin Annex and later it would be known as the Marvin Inn, until it burned down in 1939.

During the time that Marvin ran both hotels, it seemed he was monopolizing the hotel industry in Colfax.  Eventually Marvin ended his lease with the Skidmore’s and Fred Dill moved in by 1923. This time the hotel’s name was changed again to the Colfax Hotel, which would be its last name change.

In 1929, the Skidmore’s sold the property to George West, who ran it until his death. His widow and son inherited the property, later choosing to lease it to Grace Stone. Eventually they sold the business to her for $8,000 in 1943. Grace, along with her daughter and family, carried on running the hotel and providing home-cooked meals daily to all their guests.  It was understood that the majority of the patrons were railroad men and many had night shift duties, so it was a rule that the hotel remained quiet at all times out of consideration for her guests. 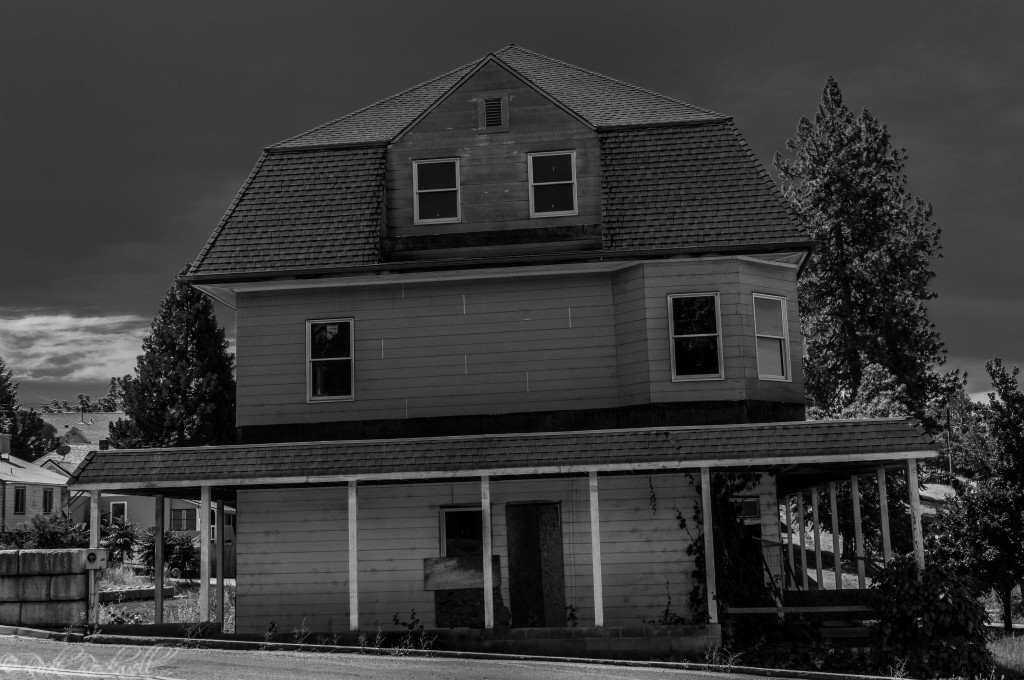 The hotel swapped owners another four times before finally closing its doors in the late 1970’s. After the arrival of Interstate-80, and the passenger service at the train depot stopped, there was no more traffic to the little downtown area of Colfax. The property was purchased again another two times by investors who wanted to renovate and reopen the hotel, adding boutiques and office space, but neither plan ever came to fruition.

Despite its abandoned and dilapidated state, the Colfax Hotel is still an impressive structure. It’s easy to imagine what life would have been like over a century ago when this place was first opened. The doors and windows are boarded up. No trespassing signs dot the property. The train tracks still provide the backdrop to this once prominent hotel.

It’s surprising that the City of Colfax has yet to do anything with this building. It’s long history is rooted in the town’s heyday. Additionally, it would make for a great central location since it’s just across the tracks from the historic downtown district.

Historical content of this article contributed by author J’aime Rubio. 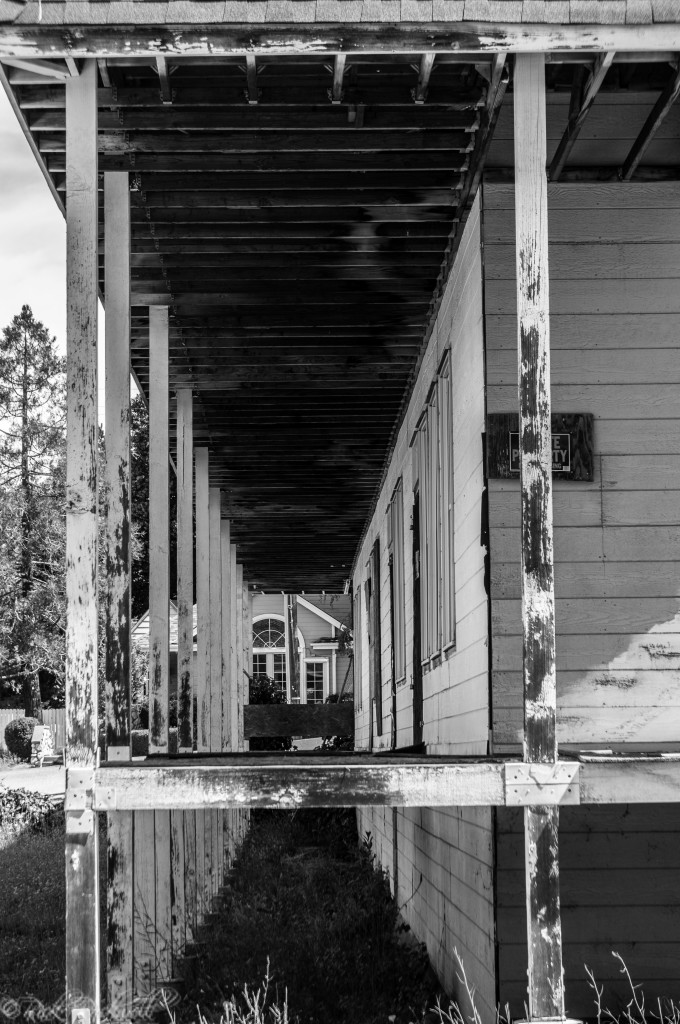 The abandoned hotel is located off Grass Valley St. right near the intersection with the railroad tracks in Colfax, Ca, 95713.